Into the Burning Circle

Kaos Moon: Into the Burning Circle is an occult collectible card game. A long time ago, the mountains of Siberia were ruled by clans of powerful Shamans. Three of them. Varg, Shrasa and Kaos Moon are still alive in spirit form and are locked in a deadly battle for revenge. Their link to the real world is the Russian medium Katja Zakkov and her brother Jules. Help them defend our reality from Shamans, mythological creatures and ancient gods. 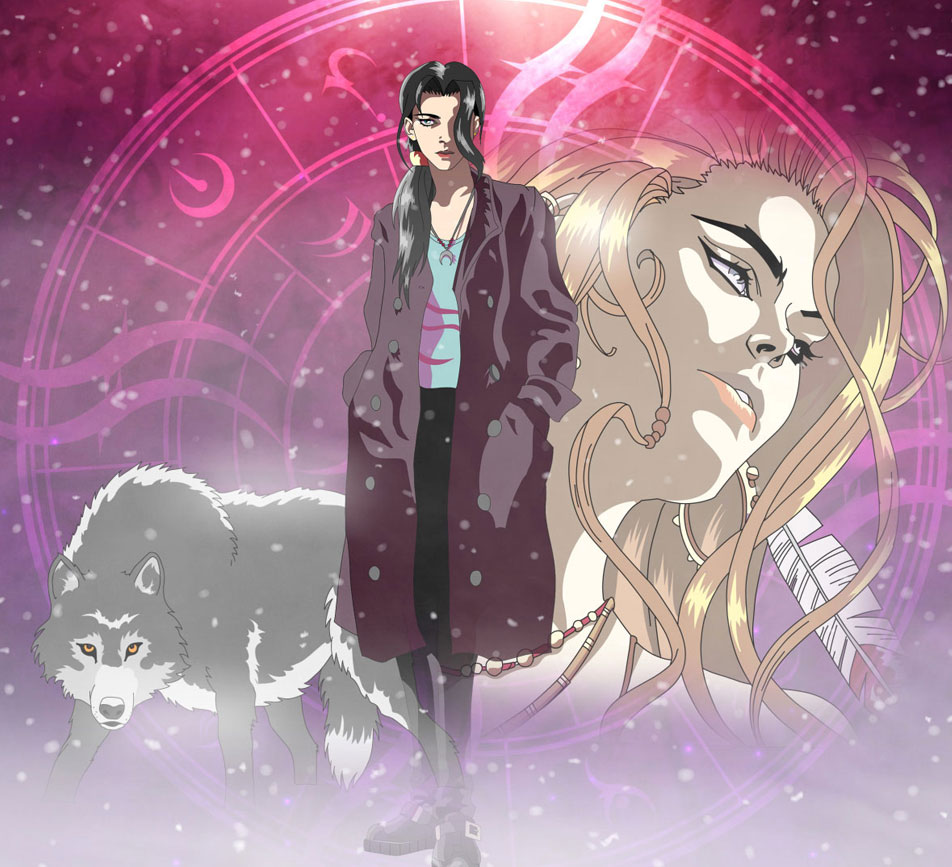 The Starter Set of 86 cards with two extensions, the Halloween and Pagan Holiday boxes are available now. These cards will all be part of the upcoming card game.

The Starter Set features four types of rarities on the Legendary cards: Gate, Gold, Silver and Mystic, as well as three levels in the expansion sets: Demon, Phantom and Apparition. These cards will have special privileges in the game depending on their status. 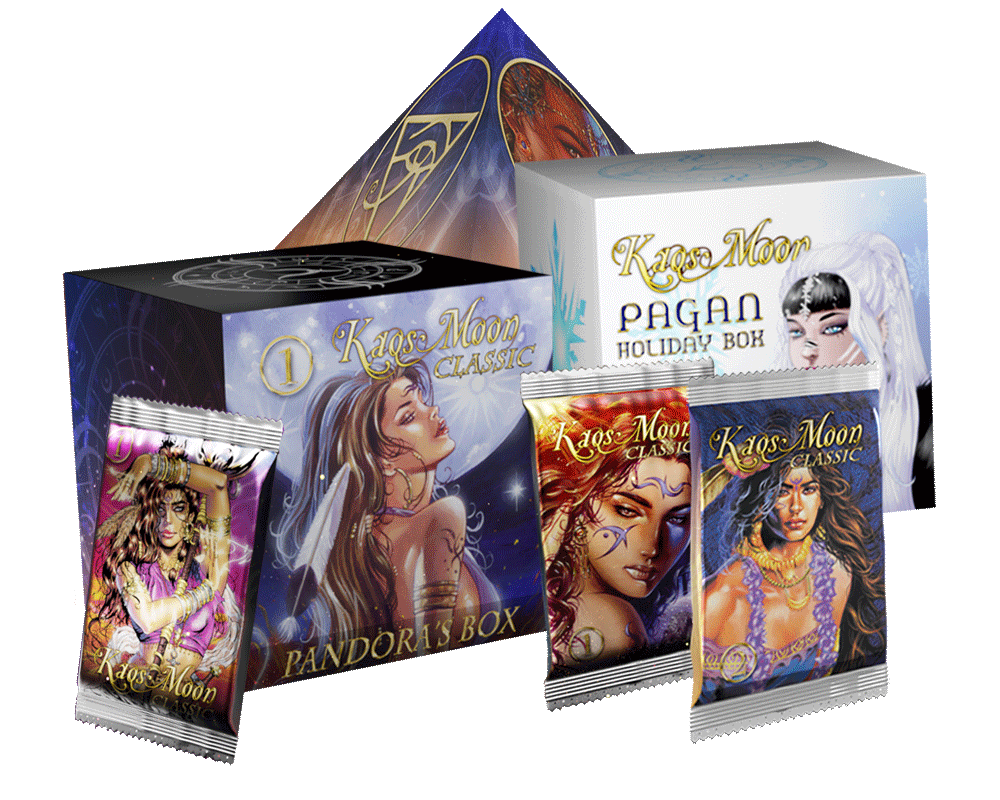 You can trade, buy and sell the KAOS MOON NFTs on the following WAX marketplaces: 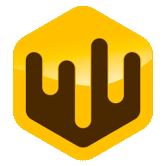 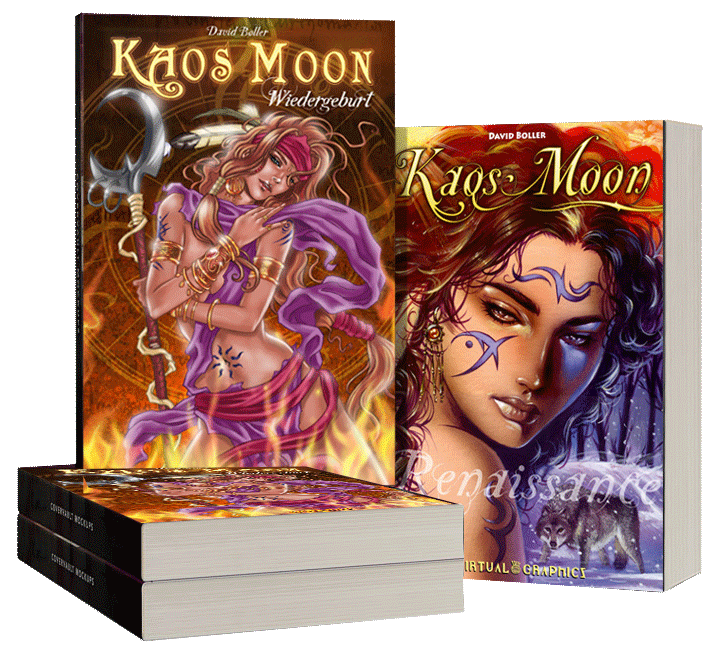 Kaos Moon war originally conceived by creator David Boller in the fall of 1995. By 1996 short stories were published in Switzerland in Ink Magazine as well as the German Heavy Metal. In the USA a four-issue mini-series was published by Caliber Press and became an instant fan favorite, winning an Russ Mannning Award Nomination for creator David Boller. Caliber published four issues that were also collected into two Graphic Novels in Germany’s Alpha Comics under their “Heavy Metal presents…” Label.

Unfortunately both Caliber Press and Alpha Comics folded in 1998 and only two more short stories were published by Avatar Press in 1999. Kaos Moon: Shaman Rising was the first major storyline to be released.

Kaos Moon is currently experiencing a renaissance with the upcoming release of the first full color graphic novel collection and the launch of the Kaos Moon: Into the Burning Circle crypto card game.

Check out some of the beautifully animated sample cards below. NFTs can currently be traded on the WAX blockchain.

You can trade, buy and sell the KAOS MOON NFTs on the following WAX marketplaces:

Kaos Moon NFTs and the CCG will be supported on the following chains:

Virtual Graphics is a Web3 entertainment company specializing in creating and publishing games, shows and graphic novels through its proprietary enDAPP framework.

© 2023 VIRTUAL GRAPHICS. All rights reserved.
Shopping Basket
We use cookies on our website to give you the most relevant experience by remembering your preferences and repeat visits. By clicking “Accept”, you consent to the use of ALL the cookies.
Do not sell my personal information.
Cookie SettingsAccept
Manage consent

This website uses cookies to improve your experience while you navigate through the website. Out of these, the cookies that are categorized as necessary are stored on your browser as they are essential for the working of basic functionalities of the website. We also use third-party cookies that help us analyze and understand how you use this website. These cookies will be stored in your browser only with your consent. You also have the option to opt-out of these cookies. But opting out of some of these cookies may affect your browsing experience.
Necessary Always Enabled
Necessary cookies are absolutely essential for the website to function properly. These cookies ensure basic functionalities and security features of the website, anonymously.
Functional
Functional cookies help to perform certain functionalities like sharing the content of the website on social media platforms, collect feedbacks, and other third-party features.
Performance
Performance cookies are used to understand and analyze the key performance indexes of the website which helps in delivering a better user experience for the visitors.
Analytics
Analytical cookies are used to understand how visitors interact with the website. These cookies help provide information on metrics the number of visitors, bounce rate, traffic source, etc.
Advertisement
Advertisement cookies are used to provide visitors with relevant ads and marketing campaigns. These cookies track visitors across websites and collect information to provide customized ads.
Others
Other uncategorized cookies are those that are being analyzed and have not been classified into a category as yet.
SAVE & ACCEPT